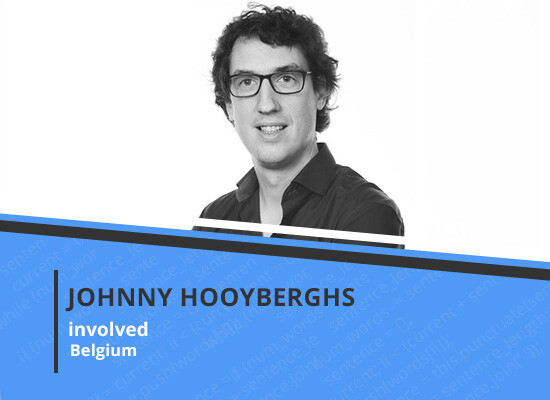 Johnny Hooyberghs is a consultant for Involved since 2014 focusing on .NET architecture and backend development. Prior to joining Involved, he has had experience developing software for Corilus since 2008. He has been passionate about .NET ever since it was released and his areas of expertise are C#, .NET (Core), WCF, WinForms, WPF, ASP.NET (Core), Entity Framework (Core), Azure and ALM using the Microsoft Stack. Every now and then he enjoys doing some web development using JavaScript. Since 2010, Johnny spends some of his free time teaching .NET and C# for the adult education institute CVO Antwerpen. When he’s not working or teaching, he likes some casual gaming, scuba diving, learning to play the piano, traveling the world and visiting as many theme parks as possible.

We use cookies to ensure that we give you the best experience on our website. If you continue to use this site we will assume that you are happy with it.Got it!Read more